PACS SA’s jumping ship to the vendor side? 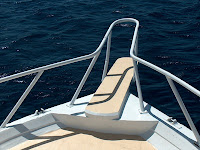 It is not uncommon for a PACS System Administrator (SA) to “jump ship” to the vendor side. Many PACS SA’s might be considering making this career move, so I interviewed John Evers, the “infamous” author of the “Day in the life of a PACS administrator,” which went viral on YouTube. John is a good example of a PACS SA who has seen both sides of the fence as he has worked in several positions on the user and vendor sides. In addition, John also has a good mix of clinical and IT education and experience and I believe he can be considered one of the relatively few truly seasoned PACS administrators. (The information below is the “short” version as the full interview that can be seen on YouTube).
I first would like to describe the various career options and list the most common positions with a vendor that a PACS SA typically is hired into. Outside the hospital setting, there are typically two options, the first is working as a PACS SA consultant either for a consulting firm, or as an independent consultant. The second option is working for a PACS vendor, which typically involves one of the following positions:
Now the interview with John Evers:

Herman O.: How did you get involved in PACS?
John E.: I started out on the vendor side with Bennett X-ray, and then moved to servicing MRI’s. That  led to a career as a MRI technologist, which allowed me to learn the clinical side. PACS then became a natural fit as I have both clinical and IT background.

Herman O.: What is your opinion on whether it is better to have a clinical or IT background?
John E.: I think you definitely need both, but probably a little bit more IT than clinical skills. I know SA’s who have come from both sides of the fence that have become great at what they do.

Herman O.: Where do you think the PACS SA profession will in the next five years?
John E.: Two of the biggest changes have been the need to have a detailed knowledge about networking, and a greater understanding of the role of storage as the number of images increases. Related to that is knowledge of the role of Vendor Neutral Archiving. As an example, back-ups used to take a few hours and now might take a day.

Herman O.: What about availability of tools? For example Wireshark?
John E.: Yes, there are many open source tools now available for a SA and the vendors have built in more and better tools.

Herman O.: What is the main difference between working for a vendor or user?
John E.: One of the biggest differences is working with physicians in a hospital, as a vendor you work more with the SA’s and administrators. I believe that the PACS SA is a more challenging job as there is a larger variety of equipment, and it is definitely less boring. Although I poke fun at doctors in my video, I have been fortunate to have really great relationships with doctors.

Herman O.: Is it more of an 8 to 5 job with a vendor?
John E.: It depends on the size of the institution you are supporting, but I found the level of calls to be about the same, so that would not necessarily change when switching your career.

Herman O.: What about the career paths and opportunities working on either side?
John E.:  I definitely think that anyone who is a good SA can move to the vendor side. However, many vendors are trying to stay away from hiring from their clients. The same is not true for the opposite side; hospitals like to hire vendor service personnel. Salary wise, you are probably better off working for a vendor. I know several PACS SA’s who are definitely not paid what they are worth. In general, I believe that the potential for earning more is with the vendor, the potential for learning more is with a hospital. There is a chance that you get pigeon-holed on the vendor side, but there are more career opportunities for sure; you have a better growth path.

Herman O.: What about travel?
John E.: As a PACS admin, I had to take a lot of classes requiring travel, and as a vendor there are installs to take care of, so there is probably a little bit more travel on the vendor side. But, there are more opportunities to work from your home on the vendor side, something that could be beneficial as well, depending on the situation, although working from home you miss the social interaction with co-workers.

Herman O.: Any final concluding remarks?
John E.: There are definitely opportunities on both sides, and if you are interested in working for a vendor, there are definitely openings, especially if you are well-rounded. However, remember it might be a little bit harder to work for the same vendor as the PACS system you are supporting.