PACS SA’s: The cream of the crop! 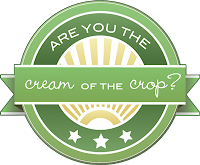 The second interview which took place during our “hang-out” about the difference between careers at a vendor or provider side was with Daniel Knepper (see the video for the complete interview). Dan is another “ex” PACS administrator who has worked for a vendor in several different positions. Dan has also a mixed clinical, IT and sales background, having started as a X-ray technologist. (The information below is the “short” version as the full interview that can be seen on YouTube, see link).
As mentioned in an earlier blog, there are several types of vendor opportunities for PACS system administrators, Dan is a good example of someone who moved into both an application support and sales position at the vendor side.
Now the interview with Dan Knepper:

Herman O.: How did you get involved in PACS?
Dan K.: I started as an X-ray technologist and also got a BsC in business administration and marketing at that time. I did general radiology and CT for 4-5 years and tried to learn as much as I could. My first break into IT was when I got an opportunity to install RIS systems which was a good match as I got to know the radiology workflow. After 6 years I also got involved with PACS systems and moved to sales support and marketing.

Herman O.: Which position did you prefer? Sales/marketing or technical support?
Dan K.: I like sales a little bit better, especially the “thrill of getting the sale, which is similar when I was a PACS SA, i.e. having the thrill of installing a working system.

Herman O.: Than you took a job as a PACS SA?
Dan K.: Yes, I was getting a little bit burned out from travel and took a position in radiology informatics at a major teaching hospital taking care of radiology, cardiology and voice recognition. Having multiple hospitals to support, I had three people helping me. These professionals came out of radiology with a knack for IT, and we were reporting to IT with a dotted line back to radiology.

Herman O.: Now you are back at the vendor side?
Dan K.: Yes, after seven years with a provider, I switched again and now work with a contracting company.

Herman O.: Was it hard to switch back and forth?
Dan K.: There is definitely a cultural difference between providers and the corporate worlds, but you just have to be careful not to get into something that is over you had and that you clearly know the expectations that the employer has of you.

Herman O.: What do you see as pros and cons of working on either side?
Dan K.: At the vendor side, you’ll have to like to travel. Also, you will be involved with multiple projects and need to be able to juggle between them. It is also more challenging, in addition to the fact that there is a fine line between what was sold and can be delivered.

Herman O.: What is your recommendation for a PACS SA who is considering making a career change to a vendor?
Dan K.: Make sure you keep up with reading many publications, such as Auntminnie, Advanced Radiology, etc. You need to be forward thinking and know what the trends are in the marketplace. Going to conferences and following educational series is important such as at RSNA and SIIM.

Herman O.: What do you think will be the next development over the next 5-10 years we should anticipate as a PACS SA?
Dan K.: Lab, pharmacy and EMR system need implementation support which are not that much different. Try to volunteer for different projects as these are not that different. If you can speak, write and document processes well, it will really relatively easily be translate well your expertise to other subject matter areas. You can learn the differences in workflow, and there are subject matter experts in those department you can rely on.

Herman O.: Any final remarks?
Dan K.: Keep your resume up to date, list your accomplishments, and generalize them as they can be transferrable. In my opinion, PACS administrators are the cream of the crop as they are used to manage complex systems, and therefore their future should be bright!