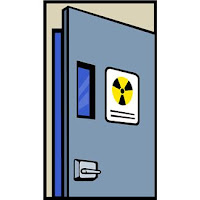 California began requiring the recording of X-ray radiation dose for patients in June 2012, and other states and countries (notably Texas) are expected to follow. This will pose several challenges with regard to the management and recording of this information. In this write-up, I will only concentrate on the technical aspects, as others have expressed concerns about the impact to radiologists and patients (see article from Siegel et al in the May 2013 issue of ACR).

Dose reporting became a requirement after several incidents were reported a few years back about severe over-dosing hundreds of patients, mainly because of incorrect technique selections by technologists while performing CT scans. As with many incidents, it seems there always has to be a major issue or near-catastrophe and corresponding publicity before the industry and federal agencies take action, and that is what also happened this case. In parallel, there was also an initiative, called “image gently,” for imaging pediatric patients aimed at raising awareness of imaging techniques that balance image quality with reduced exposure to potentially harmful X-ray radiation.

The industry has reacted by redesigning their devices such that, in the case of a CT for example, there is not just a single, big blast of radiation, independent of the body part and patient characteristics, but, rather, based on a scout view, which allows a minimal dose, for example, for a head, while increasing the dose where needed, for example in the pelvis. The federal government has not taken any immediate action, but states have stepped up to make dose registration mandatory.

The problem with making dose registration mandatory is that devices were not equipped to provide dose information in a computer readable format, and even although CT systems are being shipped today with that functionality, there is still a huge installed base that requires upgrading to allow this. One could argue that the regulation was a little bit premature while not taking into account the technical capabilities, however, there are “poor-man’s” solutions described below to make this work.

The most pragmatic but labor intensive and inefficient way is to use a spreadsheet and manually record this information. A better way of course is to exchange this information electronically. There are four different solutions for recording radiation dose based on capabilities of the device:

1.      Get the dose information from the image header. This only works for a limited number of modalities, in particular digital mammography, where it has been common to record this information as part of the header. This requires that an application that would “mine” these headers and record the data accordingly.

2.       Use the Modality Performed Procedure Step (MPPS). The MPPS has additional parameters to record the dose of a performed procedure, and this has been used in the past, mainly for cardiology exams, as some of the cardiology information systems (CIS) have the capability to record this information. The issue with using this solution is that there is no one-to-one relationship between the information as recorded in a MPPS and the radiation event because the MPPS records only the images saved and does not take into account any doses from images that might have been deleted at a modality, or for example a fluoroscopy exam, where no images are created at all.

3.       Use the dose recording overview screens. A CT scanner typically records the dose in a separate screen, which is part of a study and exchanged as a separate, so-called secondary capture file, often as an additional series in the study identified with the modality “OT,” which stands for “Other.” The problem is that this method requires either a human to interpret the text embedded in this screen-saved image, or an application that uses optical character recognition (OCR), also sometimes referred to as “screen scrapers,” to get the data in an electronic format.

4.       Use the newly defined DICOM structured report containing the dose information. This is the preferred way to record the information as it has all of the information about the used technique and a more accurate recording, which could include information about multiple radiation events as well as the accumulated dose. There is also a corresponding IHE profile generated, which was demonstrated at the past two RSNA’s by several vendors, called REM (see www.ihe.net for more details).

Assuming you have implemented a way to record the information, either manually, using image header, the MPPS, screen scraping or, best case, DICOM dose structured reports, the next question is how to manage this information. There does not seem to be a consensus (yet) as to where to keep this information. There are several options ranging from the PACS, RIS, a separate dose recording and management system at a department or hospital level, the Electronic Medical Record (EMR), or the Personal Health Record (PHR). It seems to make sense to keep the radiation dose information in a PHR as there could be many irradiation events at different institutions, especially when a person has a serious condition that includes treatment by many physicians and specialists in different locations. At a minimum, I would expect this information to be available in an EMR, as these in the near future are going to be exchanging clinical information anyway. However, both PHR and EMR dose recording solutions might be years away. Therefore I think that a temporary, stand-alone solution might be the best compromise. That is not to say that a PACS based solution might not work, assuming you have an enterprise PACS that covers all departments crating X-ray images (radiology, cardiology, dentistry, etc.). I see those as temporary, however, as we transition to a world when everyone has an EMR/PHR. Until then, a stand-alone device also might be more suitable to establish a connection with the outside world for reporting on dose usage and protocols used.

In conclusion, despite the initial backlash from the clinical community, dose reporting is here to stay. Several states are taking initiatives, and globally there is a lot of attention being paid to this as well, witnessed by the fact that Kuwait just issued an RFP for a national dose reporting management system.  If you have not already been forced to implement a solution (i.e. you are based in CA or TX), you should be thinking about it. Make sure you upgrade your X-ray devices, starting with the CT’s, with dose structured report capabilities. Also, plan for managing this information: where it will be kept, how it will be reported, and who will review it against benchmarked data, etc. Proper planning will prevent inefficient, temporary solutions that require extra work. And remember to keep the ultimate picture in mind, i.e. where the information ultimately belongs and should be managed, most definitely not in the PACS or RIS but at the EMR/PHR.