Critical Results reporting, the missing link from a PACS. 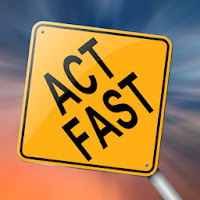 The more mature PACS systems have become, the more it becomes obvious that there are still certain key functionalities missing, which have to be purchased as an “add-on” to have the system to meet the clinical requirements of reliable and timely physician communication.

The classic example of such a result is when a radiologist observes a critical finding at 5 pm on Friday afternoon, which needs to be taken care of within the next four hours, and the patient has already been discharged, and the referring physician is unavailable after hours. In these cases, there has to be a well-defined chain of communication of that test result to the appropriate physician, with confirmation of the interpreted result and the action taken.

A special case of a critical result report is the ER discrepancy report, whereby an ER physician might have discharged the patient having missed a fracture or other important finding. I have first-hand experience with such a situation when my daughter, a few years back, went on a school trip to Colorado in the winter. The car with six students ended up in a ditch because of slippery weather. The students were transported to the ER, and subsequent X-rays did not show anything at first reading. The students continued on their school trip, and a radiologist came in the next morning and noticed a neck fracture in my daughter’s friend’s X-ray, and it took them another day or so to locate the girls in the lodge where they were staying. She was instructed to go back to the hospital immediately to be fitted with a neck brace. If a reliable means of communication between the ER physician, radiologist and patient had been in place, the potential risk would have been avoided.

CTRM systems are provided by several vendors, each with varying functionality. They can be integrated with the PACS, RIS, reporting system, or EMR. Most systems are tightly connected through a proprietary API interface. The workflow supported by these systems depends on the configuration capabilities. One should also make sure it supports the workflow that is used within your institution. It is possible to use one system for multiple specialties, or having multiple systems for each department, each with their own interfacing challenges.

When planning to purchase a CTRM system, one should perform a due diligence investigation that includes defined specifications for the requirements, test and acceptance criteria and site visits of installed systems in a similar environment. Otherwise it might not meet the requirements.  More details can be found in this video showing a discussion about the implementation steps.
Posted by Herman O. at 6:43 PM

Reach for the top!

This coming month I’ll be hiking up Mt Kilimanjaro, the highest mountain in Africa (19,341 feet) in an attempt to reach the top accompanied by my Spouse Johanna, and a team of friends and like-minded people to benefit an orphanage in Kenya (see www.carehighway.org).
Travel writer Robert Macfarlane said: “Those who travel to mountain-tops are half in love with themselves, and half in love with oblivion.”

In my case, it is probably more than 50 percent oblivion as it is definitely going to be a big challenge and I might need to switch off my mind occasionally to be able to make it and endure the distance and lack of oxygen.

When talking about my trip with friends, family and other acquaintances, the two most common comments are: “why would you do such a thing,” and “I wish I could do this.” Well, the reason I choose do such a thing is that it offers the combination of personal challenge and the opportunity to make a difference by benefiting a good cause.

The second comment, “I wish I could do this,” which seems to me always a sign of not being able to visualize one’s opportunities and capabilities. I definitely do not consider myself an athlete, but with proper training and preparation, you can accomplish much more than you think is within your physical limits.

I have found that the mental limits are much more challenging than the physical ones. When running races, I have met people who are handicapped, such as the person who passed me in the Dallas half marathon who had two leg prostheses, or who are much older, such as the 73- year-old small lady who passed me in the triathlon, or those who are much younger, such as that 14-year-old kid running past me in my last road race. So, there is no reason for me or anyone to assume that one would not be able to run that race, swim that distance, or hike that mountain. And as for the cost involved, we will be camping out, which I am sure is much less expensive than some people spend on an all-inclusive cruise or vacation on the beach somewhere in the Caribbean.

Therefore, I hope that this will be an inspiration for some of those who read this to do the same: Reach for the top, go for the highest, and don’t underestimate yourself, the sky is the limit!
Posted by Herman O. at 6:28 PM

Trust the airline for their hotel room?

I have been stuck several times in an airport having missed the last flight out, and been left to rely on the airline to get me to a hotel (assuming it is their fault that I missed my flight, in which case they are required to provide accommodations). The question is, would you take them up on their offer for a hotel, or just take care of it yourself? Well, here is my experience and you can decide for yourself if you would want to change your mind after reading this.

I arrived at the counter of the airline in New Delhi with my ticket expecting to check in, when the clerk told me that my flight had departed two hours earlier. They apparently had changed their flight schedules and never notified me. I had made the reservation through an on-line travel site, which might have been the reason, but in my opinion, not notifying me of the schedule change was inexcusable.

I insisted that the airline provide accommodations, which took about 30 minutes and talking to another clerk and a supervisor, and traversing the terminal to find the right people to talk with. The fact that it was one a.m. probably did not help, in addition to the fact that this was India, of course, which is notorious for being organized chaos in everything they seem to do. I waited outside for 15 minutes for a van to show up, which it did, but apparently this van had recently been flooded during the recent monsoon. The inside, including seats were soaking wet. In any case, the van took a shortcut to the hotel through an area where they could have filmed “Slumdog Millionaire,” frequently driving through a foot of water. After about 45 minutes of driving, it finally came to an obscure small hotel, which was probably rated with a half star, if at all, and I got a room with a bed to sleep in.

This was probably the most eventful overnight stay I’ve had. Other times this has happened, the hotels were typically closer to the airport, but often flooded by 100 or so stranded people trying to check in with a reduced night staff. It takes an average of five minutes for each person to check in for a few hours of sleep. On average, you spend 30 minutes at the airport standing in line to get a hotel voucher, another 45 minutes to pick up your checked luggage, and wait another 15 minutes for a hotel bus. You end up getting to your bed at around 2 a.m. with a reissued ticket for the first flight out, typically around 7 a.m. with a 5 a.m. check-in time. You are lucky to get three hours of sleep.

Image the alternative. As soon as you find out that you are stuck, you arrange for your own hotel, call a shuttle and have them pick you up. You would probably gain at least two hours of sleep. The best thing of course is being able to stay in the terminal, there are several international airports that have a hotel in the terminal where you can rent a room by the hour, but unfortunately, there are only a few of those (notably Singapore).

I know what I’ll do next time I get stuck overnight. Even though it might cost me about $100 or so, it is worth it. The additional rest is more important. The lesson learned for me is that free things are not always the best, and principles such as “they should pay for it,” are not worth pursuing if the result is detrimental to what you cherish, such as rest, lack of aggravation, and  the risks of being in a strange country surrounded by people who don’t speak my language.
Posted by Herman O. at 10:30 AM

CD’s vs the Cloud.

Our recent on-line discussion regarding image sharing, which focused on advantages with regard to using a cloud solution for sharing information vs image exchange using CD’s, has gotten quite a few comments and created an interesting discussion on the various use groups. First of all, if you have not watched the video of this discussion, I encourage you to do so, at this link.

There were questions raised about security and encryption, which seems to be a major concern. One should realize that cloud solutions always provide either a secure dedicated link, or, in case they use a public communication infrastructure, it uses a VPN which provides encryption at the lower communication level, or at the transport level using https or similar. The information exchange is as secure as your credit card number when purchasing an on-line item in a store such as Amazon or eBay.

There are some distinct advantages of the CD exchange over cloud solutions: CD exchange is typically less inexpensive compared with a cloud solution, the integration of a report might be challenging using the cloud (they are typically added to the CD), and CD exchange is very simple: one can just pop in the CD and look at the images. Importing and/or viewing the images on a CD does not require an administrator in contrast to when importing images from an external source such as the cloud.

Even although these could still be considered a niche applicator, there are also challenges with exchanging video streams over the cloud because of bandwidth limitations and support by the receiver PACS of the MPEG encoding.

In my opinion, cloud transfer will prevail over the exchange of images using CD’s, but it will take some time. Cost reduction, and simplicity will certainly accelerate the acceptance of the cloud.
Posted by Herman O. at 10:19 AM