There are two types of people, those who hate the RSNA Annual Meeting and those who love it. Most “haters” despise the weather, the cab drivers, the expensive food, the long lines, and the running back and forth from meeting to meeting while trying to text to the next appointment that you are running late (assuming there is still juice left in your cell phone and there are not too many people using their phones simultaneously overloading the network). I count myself in the category of a love/hate relationship: despite the negatives there are always new things to see, and new people to meet, if not just in the bus to the conference, then while waiting in line. In any case, here is my third and final installment of this year’s review of what’s new and what’s old, concentrating on what’s old.

What’s old:
1.    PACS is old news: PACS systems are mature. Even the catch-phrases were rehashed, from uni-viewer to VNA, cloud to zero-footprint, workflow to image enabling. The good news is that there are still new entrants coming into the PACS market, especially from outside the USA. I have seen vendors from Canada, the Middle East, South Korea, China, Germany, and I even talked with vendors from Latin America, notably Uruguay and Mexico who have just received FDA clearance or are in the process of filing for their PACS systems. There is no question that if you can start from scratch as many of these vendors have done, you can use the latest software technologies and tools as well as development methods, which will challenge the established vendor community. Users will see these slick implementations and ask their vendors why they can’t have these features. Also, don’t forget that these vendors are well positioned to address the needs in emerging countries. Just in Saudi Arabia alone, there is a market of 50-100 brand new hospitals to be built, in addition to converting existing institutions from film to digital. As another example, I visited Kenya this fall, and the number of PACS systems installed is minimal. In any case, there are still plenty of opportunities, either for replacement and upgrades to PACS 2.0 architectures (a write-up on that will be coming up) in the US and Western Europe or initial installs in the developing world.

2.    The stand-alone Radiology Information System (RIS) is dead: RIS systems have traditionally provided ordering, scheduling, modality worklists, report distribution and operational support. Several of these functions are taken over by other systems: Computerized Physician Order Entry (CPOE) systems are used as part of the EMR or as a physician portal, reports are uploaded directly into the EMR, modality work lists are provided by the PACS, which has a direct HL7 interface, and many users opt for a RIS module as part of the HIS or EMR. In addition, many smaller imaging centers forgo the RIS totally and only have a practice management system and interface their PACS system directly to their ADT system, again relying on the worklist provided by their (mini-) PACS. Anyone who is considering upgrading their PACS and/or implementing an EMR might want to have a close look at their RIS and determine if they should be keeping it.

3.    It is all about the ambiance: The master of ambiance is obviously Philips, with its long-term presence in the consumer electronics and lighting business. But there are other (smaller) vendors that are starting to provide innovative solutions to reduce patient anxiety and claustrophobia. If you think that this is just “window dressing,” I suggest you wait until you have a MRI or CT done yourself and stare at the naked ceilings which are often the drop-down office type stained with brown condensation marks from sweating air-conditioning vents. If adults feel somewhat anxious you can imagine how youngsters might feel. I have seen a lot of hospitals and most children’s institutions do a pretty good job, but those are exceptions. Hopefully more institutions are paying attention to their ambiance as it has been proven to makes a difference and have an impact on the healing process.

4.    Operating theatre integration: Last year there were demonstrations of “video over IP” whereby multiple imaging sources could be “mashed” to a single screen. This is now pretty much a given for any cath lab or OR where image and other information such as waveforms from different sources are being integrated. A surgeon can see real-time measurements, while a laparoscopic or endoscopic camera can view the actual pathology while looking at a previous exam, or images from different modalities. There is a significant after-market to upgrade your old multiple monitor systems.

5.    Ultrasound massage: I missed the massage chairs this year, as well as the ladies with the skin cream, and the booth selling a small handy-cam to be used as a Christmas gift. The only “off-side” product I could find was an ultrasound massager, for a conference special of only $175 (online it is listed for $250). I should have been smart and tweeted it right from the show and take orders on my PayPal account with a 25 percent markup, which might have paid for my dinner. Oh well, next year I’ll be better prepared.

6.    Wireless: Wireless has penetrated the display imaging chain to show image and provide access to an EMR, browsing the web for teaching file cases, and showing an imaging study to patients. In addition to the wireless display, much of digital X-ray acquisition has become wireless. No need for a digital radiology plate to be connected to a cable anymore, as information is transferred to a review monitor within seconds for a technologist to be reviewed and sent to a physician. 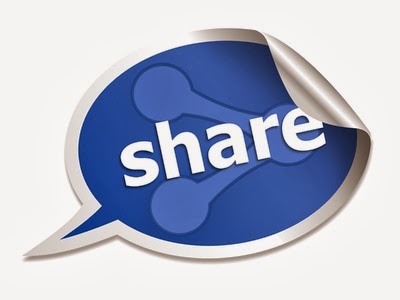 7.    Image sharing: RSNA was showing off the image sharing initiative again at a dedicated booth and even at a so-called “town-meeting” (when did RSNA get into politics?) that allowed participants to present their experiences. It is touted as a pilot project, funded by the National Institute for Biomedical Imaging and Bioengineering (NIBIB) and administered by RSNA. And a pilot project it is, as its scale is surprisingly small, comprised of 5 major sites that are participating and the number of participants is less than 10,000. One would think that people are starting to get tired of importing and exporting images on CD’s and carrying them around with all the related risks of losing them, not being able to read them because of “rogue” CD generators, etc. I bet that it will be shown again next year, hopefully with reports of more participating institutions and patients signing up. One would think that for $10 million dollars+, which is the size of the grant awarded to RSNA, there would be more people interested in participating.

8.    Educational CT scanner: I have to admit that I have a weakness for everything related to CT’s as I started my early medical career writing software for one of the first Philips CT scanners built (Tomoscan 300). Therefore, I found this product very interesting, it is based on optical scanning but has the same technology as if one would use X-ray as a source. There is even a complete set of exercises to go with it so any teaching institution can just take it and include it in their training program. Very cool.

9.    Yes, there is an app for that: There are a plethora of medical applications out there for everything ranging from taking your pulse to eventually measuring your glucose level. I wouldn’t be surprised if in one of the next trade shows someone will have come up with a wireless ultrasound probe talking back to an oversized phone (“phablet”), which by the way can also post images on facebook and pull down any comparisons from a Health Information Exchange. The FDA is actually getting rather concerned with the lack of oversight and has recently published a ruling on the use of these devices for medical applications. In the meantime, most of these apps are used for accessing data for decision support and accessing Google images. I had firsthand experience when my physician, after looking at my ultrasound did a simple search of images with similar cases as a comparison using Google image searches. I am sure this category of applications is going to explode and provide tools that were unheard of a few years back and even today.

10.  The Magnificent mile: Last but not least, nothing beats walking the “golden mile” at night. And although not inexpensive, there is good food to be found and it is fun to walk at least a mile.  It was somewhat cold, so me, being unprepared had to run into a local Walgreens and get a hat (we don’t carry or wear those in Texas). It seems as if the number of designer stores have increased, which makes shopping definitely out of my price range, but people-watching and having a good dinner is always a joy and by the time it gets too cold, I’ll take a cab back to the hotel.

Well, that was RSNA 2013:  smaller, uneventful, except for a few incremental product improvements, mostly “old news,” but fun as always. At least I still enjoy it even if it is already my 30th year (I think they should give ribbons for that as well). See you at RSNA 2014, and if you won’t be able to attend, you can enjoy my write-up and taste (and feel the cold) of a little bit of Chicago!
Posted by Herman O. at 12:50 PM