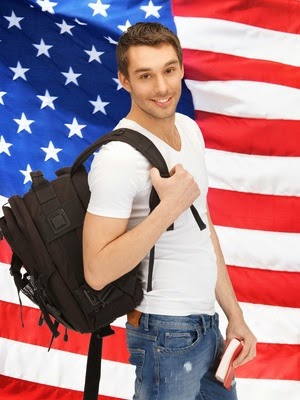 “O’Hare?” asks the doorman. “Yes, O’Hare airport please,” I answer. I have never quite figured out what a bellman does except for whistling a cab and opening doors. I guess having a bellman is one of the criteria to be rated as a five star hotel. I typically don’t stay in these hotels, but in this case I had no choice as the meeting organizer paid the bill (direct), but if it were me, I would have stayed one block down for $100/night less, without being charged for breakfast, internet in my room and having a beer for a little less than $10. A Yellow cab pulled up, and I for some reason don’t feel like tipping the bellman as he opens the door, something does not feel right, more about that later.

The driver, a young man obviously from Middle Eastern heritage jumps out of the car, despite the fact that the temperature is below zero, to assist me in loading my luggage. When taking off, I notice that, unlike all other cab drivers in Chicago, he does not have a phone earpiece and therefore is not continuously talking on his phone so I can have a conversation with him. “Where are you from?” I ask. “From Morocco.” Not having been there (yet), I have little in common, except for the memory of a photograph my mother sent me many years ago. It showed her and her friend in front of a mosque she visited in Morocco. I do find however that I have a lot in common with this young man, as we both are emigrants, I have lived in the US for more than 30 years, he only for 9 months.

This young man left behind his parents and siblings, and a very good job. He was doing technical phone support for HP and as the second language in his country is French, because of its colonial history, he was able to support customers in France and Canada. He was very experienced and certified to support CISCO equipment, the gold standard in networking gear. But, fate, or maybe destiny, caused him to be working as a cab driver right now in the US. He told me his dream was to work in Canada, but he also signed up for the lottery to get a work visa in the US, and to his pleasant surprise, he got his ticket to the USA.

The first several months he stayed with friends and worked in Moroccan restaurants to make a
living, after that he found a job for a valet parking company at the same hotel I stayed at, and for the past few months he was able to get a job as a cab driver. Driving a taxi allowed him more flexibility with regard to working hours so he can study and get his certification through a US certification agency, which eventually will allow him to get back to his IT job. Despite his qualifications, experience, and (Moroccan) certifications, US companies want US certifications. He also told me that a cab driver only gets an O’Hare run from a bellman if they pay him $5. This is in addition to the tips the bellmen get, which (he said?) would be typically $300/day. Then I realized that this was the reason I did not tip the bellman earlier.

My driver told me that he was homesick a lot, especially the first few months, but never showed any of that to the people back home, especially not to his parents. He is dreaming of the day that he gets his certification and gets a job that he likes, which he was doing back home. I wish I could employ him, as I am sure he would be a very capable and loyal employee, but, as I am listening to him, I have no doubt that he will achieve his dream and do very well eventually.

When I arrived at the airport, I felt like tipping him a decent amount. He’ll need it to pay for his study. It is these kind of people that makes the US what it is, unlike the people expecting kickbacks for doing favors. We need more of these hardworking, motivated people who see this country as the land of opportunity and follow the American dream.