When configuring a modality, view station, or PACS, many might be tempted to leave its default 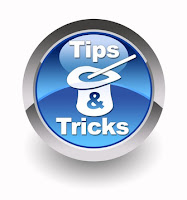 factory configuration as-is, however, that might be a big mistake as it can impact your workflow, create current or future incompatibilities, or violate what would be considered “best practices.”

Here’s are some of the most important best practices.

1.       Set your SOP Class configuration at a modality to the new SOP Classes – Many modalities allow for images to be encoded as different SOP Classes, which are often configurable. The reason is that over the past 20 or so years, as DICOM matured, new versions of the initial SOP Classes were refined to solve problems caused by incomplete, vague and inconsistent data formats, and to facilitate new technology developments. One of the major changes was the increasing use of codes instead of text strings in the DICOM headers, e.g. for body parts and view codes to allow for better and more reliable pre-fetching and hanging protocols of prior studies. There is one caveat, i.e., one needs to make sure that the receiving system, e.g. PACS and/or workstation, also supports these new SOP Classes, otherwise one creates incompatibilities. Otherwise there is no reason NOT to use the latest and greatest SOP classes to provide better functionality and more information. To be specific, always configure any digital radiography unit with “DX for presentation” instead of the “CR,” any CT, MR, XA and RF always with the “enhanced” instead of the “regular” SOP Class and any tomosynthesis breast imaging unit with the “DBT,” instead of any of the Secondary Capture or, worse, CT objects.

2.       Set your Transfer Syntax configuration at modalities and PACS to Explicit VR Little Endian (ELE). Always configure a sender to send ELE and a receiver to accept the same in case there are multiple options for the Transfer Syntaxes being proposed as part of the DICOM negotiation. Explicit VR has the advantage that the Value Representation (VR) is explicitly specified as part of the DICOM header, which is “good practice.” The alternative encoding, Implicit VR, is the default transfer syntax, and could potentially be a source of problems if someone were to use that to create a CD without doing the conversion to Explicit VR (the DICOM media exchange format requires Explicit VR). Note that instead of Little Endian, you could also send images in Big Endian (BE) encoding, which is relatively rare. If you run into an old system that supports BE, which is common for Unix/Linux based modalities, make sure that LE is configured instead of BE as its sparse implementation could create compatibility or display issues later on.

3.       Use the “officially assigned” port number – Port 104 is probably the most used port number for DICOM connections, however because of certain system limitations, vendors have been using different ones such as port 5004, 6000, and others. A new DICOM port number, 11112, was assigned quite a while back by the IANA authority to the DICOM committee. Good practice would be to standardize on this port number to make it easy to manage ports at the network/router levels. I would not go back and change all of your existing port numbers but for every new device and/or upgrades, using 11112 is good practice.

4.       Use sensible AE title’s – With the increasing consolidations and mergers causing more image sharing, it is even more important to have non-duplicate AE-Titles, or, at a minimum have a system in place that allows for an easy identification of the source and destinations. An AE-Title of “WORKSTATION_14” is not as helpful as “BLR_ER_CTWSTN_05,” for example, which might indicate that this is workstation 05, connected to the CT, in the ER at Baylor Medical Center. This is another example of using “good practices.”

In conclusion, by configuring your imaging devices and PACS using good practices, one can be more efficient, facilitate a better workflow, and prevent issues down the line when having to migrate and/or pre-fetch these images. It makes sense to follow these rules when installing new devices or even go back and make some changes to their configurations. I listed the most important tips to configure your DICOM capability here, I am sure there are more, and would love to hear from you so I can expand this list for the DICOM community to use. If some of this goes a little bit beyond your understanding of the DICOM domain, you might want to check our core DICOM web-based training, which will go over these subjects in great detail.