An update on PACS professional certification. 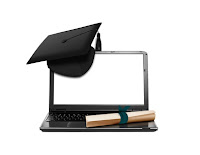 PACS certification for imaging and information professionals has been around for about 10 years.
PARCA was established on January 1, 2005 and the CIIP certification by ABII (American Board of Informatics) was created not too long after that. Since then, it is estimated that more than 2,000 people have been PACS certified, and the certification is still going strong as new people enter this field or experienced professionals look to update their skills and get certified in their profession.

The titles CIIP and CPAS, CPSA and CPIA are becoming well known and used by professionals in this field. When talking with recruiters, they agree that certification is definitely an advantage when looking for a job opportunity as it shows that one has gone through the effort to study this subject matter and earn certification through a rigorous exam.

Certification is a requirement when you work in a clinical field, for example, as a radiological technologist, nurse or physician. Interestingly enough, it is not required when you work in the healthcare imaging and informatics field. However, potential legislation has been considered, in particular in the state of Texas, which would require everyone involved with maintaining and supporting medical devices to be certified. And yes, PACS is a medical device under the US federal FDA guidelines requiring specific clearance to be allowed on the market.

There are several other certifications in the healthcare imaging and informatics field, for example HL7 certification is quite popular for interface analysts and developers. More than 4,500 people are HL7 certified as of now, more than twice as many as those who hold PACS certifications. The CPHIMS (Certified Associate in Healthcare Information and Management Systems) certification is also well known and highly regarded in the IT community.

The statistics for PARCA certification holders is shown in the table below.

Certification is definitely a good thing to have, and remember, it is not about the piece of paper you can show, which could be an advantage if you want to change jobs, but more about the journey, i.e. the fact that you have to upgrade your skill set and learn about topics that you might not get involved with in your regular day-to-day work but are important to know and understand.